Street Improvement Plans from the DOT as of August 2022

As of August 2022, the DOT has approved the Street Improvement Plan for W. 103rd Street. These schematics depict the planned changes. View a pdf here or click on the gallery images below for block-by-block detailed view. 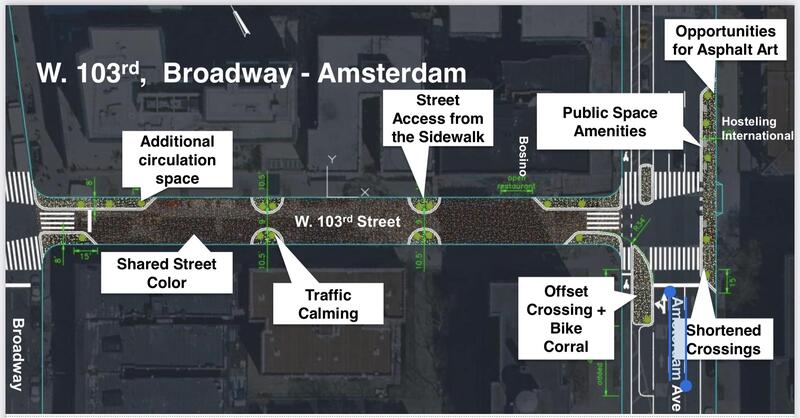 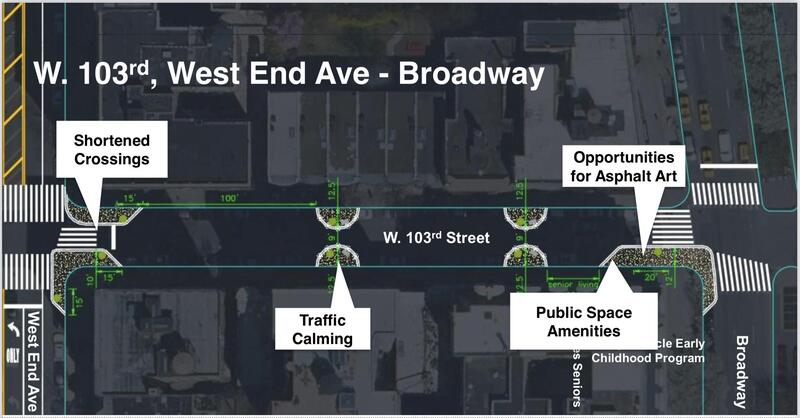 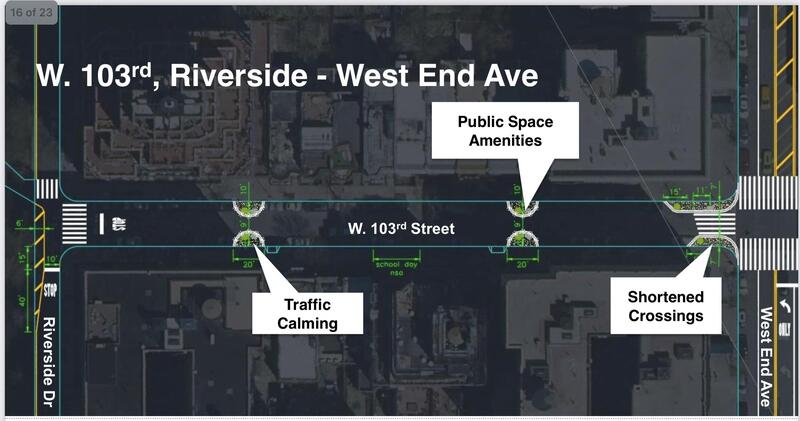 In September and October of 2021, the West 102nd & 103rd Streets Block Association conducted a survey of its membership regarding the designation of W. 103rd St. between Broadway and Riverside Dr. as a “Temporary Limited Local Access Open Street.” Paper surveys were distributed in the Block Association’s fall newsletter, and respondents could either return the paper form in an envelope provided or complete the survey online on Survey Monkey.  Here are some numbers. To read more, download the full pdf document recapping the survey at the link below.
​

Read More in the PDF Below: